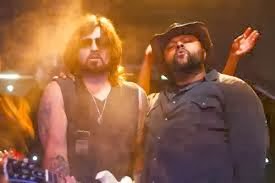 Architects of their own destruction: Billy Ray Cyrus and Buck 22

You know, as we travel down life's twisting highway, we often have ideas that, at first blush, may seem brilliant, but, upon greater reflection, are revealed to be truly awful.

The making of "The Godfather, Part III".

The creation of the music video.

Of all those foolhardy schemes, the creation of the music video has been the worst.

Especially for the music industry.

How so? Well, to make a long story short, music videos have made it possible for people to have a career in music even if they can't sing a note.

Before music videos, singers had to be able to sing. After music videos, anybody who could shake their hinder could put out a hit single and even win a Grammy.

Like any new technology, music videos had the potential to be used for good or evil.

Sad to say, they have often been used for evil.

Peter Gabriel's "Sledgehammer" is an example of the music video form at the peak of its creativity, imagination and craft.

From that lofty perch, however, the rest of the world's music video output has been one long endless slide into the dung heap.

For 24 years, the hair band Warrant held the dual distinction of writing the worst song ever and starring in the worst music video ever.

I'm talking about that immortal love ballad from 1990, that ode to goin' down in the name of love, "Cherry Pie."

Forget "At Last." Forget "Strangers in the Night". Forget "Younger Than Springtime." Instead, marvel at the lines of sheer poetry emitted by tune-smith Jani Lane as he croons about his lady-love:

He wrote that song in ten minutes--are you surprised?

As if that wasn't enough, the video "Cherry Pie" featured a big-haired bimbo in tight clothes, fire hoses and lots of gloppy cherry pie slices that continually fell onto the crotches of the big-haired band members.

"I respect women," the lead singer insisted at the time. "We did this just for fun." 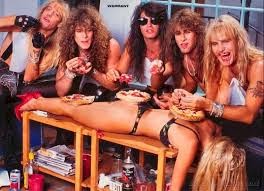 Alas, the reign of "Cherry Pie" has finally come to and end. It has been replaced as both WORST SONG and WORST MUSIC VIDEO by the recently released musical monstrosity, "Achy Breaky 2."

Simply put, this video is beneath contempt. It makes "Cherry Pie" look like "Adagio for Strings".

The clip is inexplicably introduced by Larry King, in what will surely rank as the lowest point of his career, even surpassing his interview with the bloated and disoriented Marlon Brando, which ended with Larry kissing Brando on the lips.

Instead, Billy Ray and Buck 22 find a race of alien bimbos in thongs and body paint, twerking their little hearts out. Unlike Billy Ray's devil spawn daughter, however, these twerk jerks keep their tongues in their mouths, as proper ladies should.

Never one to miss a party, Billy Ray and Buck join in, providing listeners with a we-did-not-ask-for-this country/rap rendition of Cyrus' biggest hit, "Achy Breaky Heart".

Some things in life get better with age. "Achy Breaky Heart", however, IS NOT ONE OF THOSE THINGS. It was a horrible song when it was first released and it's a horrible song now. There is NOTHING that could be done to improve this ditty--even twerking alien bimbos have their limits, after all.

However, "Achy Breaky 2" is NOT the only nutsy music video out there. Just recently I witnessed national treasure David Hasselhoff's remake of "Hooked on a Feeling" and it's accompanying music video.

Ever wonder why David is such a hot pop star in Germany? Well, wonder no more!

This clip features the star of "Knight Rider" and "Baywatch" flying with angels, riding a motorcycle with no hands, snow boarding AND catching a fish in his mouth WHILE images of an out-of-control wedding reception flash on and off. 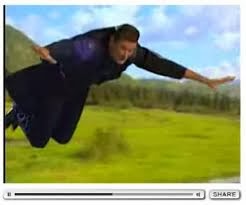 It's a bird! It's a plane! It's Germany's greatest pop star David Hasselhoff coming in for a landing!

However, if you prefer your German pop singers to be actual German citizens, may I recommend Prince Hubertus of Hohenlohe-Langenburg? Better known by his stage names of "Andy Himalaya" and "Royal Disaster", Prince Hubertus warbles pop songs when he's not working as a photographer (his favorite subject is himself, but you knew that) and appearing as Mexico's one man Olympic ski team (don't ask).

His latest smash hit is titled "Higher Than Mars", a love song about a gal who makes Hubertus feel...well, higher than Mars.

Which begs the question: why Mars? When people pen pop songs about the solar system, it's usually about the moon ("Old Devil Moon", "Blue Moon", "Bad Moon Rising", "Fly Me to the Moon" etc., etc.) or Venus ("Hey Venus", "I'm Your Venus"), not Mars. Then there is that "higher than" business. Is Prince Hubertus saying that Mars is the highest planet in the universe? Or is he implying that it's easier to get high on Mars than anywhere else? If that is the case, how would he know? Should we stop calling Mars "The Angry Red Planet" and start calling it "The Wake and Bake Planet"?

Of course, if you find Prince Hubertus' song writing ability a notch below, say that of, Cole Porter or Paul McCartney, then you need to check out his video of "Higher Than Mars". 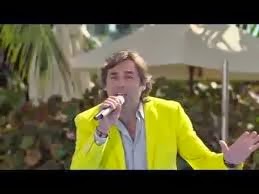 Prince Hubertus of Hohenlohe-Langenburg belts out another chart busting hit.

It takes place at an Austrian pop festival and consists of HRH lip syncing (in my opinion! I don't know for sure!) his smash hit while standing on a floating raft in the middle of a swanky hotel's pool. The video, meanwhile, is interlaced with shots of Austria, a lovely place with endless tree lined streets, outdoor cafes, plenty of fine dining establishments and some of the world's best art galleries. In fact, these random shots of Austria (the exact city is never identified) feature people having a great time--unlike the poor saps stuck by the pool where Prince Hubertus is singing. Frankly, they looked bored. And I'm willing to bet that the applause that greeted the end of Hubertus' set was more out of relief than acknowledgement of his talent.

So there you have it, movie lovers. Music videos are a horrible invention that has wrecked the music industry and paved the way for David Hasselhoff to become Germany's number one pop star. 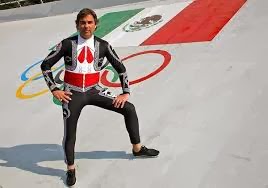 Mexico's one-man Olympic ski team, Prince Hubertus of Hohenlohe-Langenburg. He designed his outfit himself.
at March 08, 2014 No comments: