Aloha, movie lovers! That's Hawaiian for "Hello"--and since the great state of Hawaii is the backdrop for today's Junk Cinema Jewel, it seemed appropriate to start things off with this traditional island greeting.

"Code Name: Diamond Head" (1977) is a secret agent/espionage/counter-intelligence thriller featuring a super hip international man of mystery locked in a deadly game of cat-and-mouse with a nefarious baddie intent on ruling the world, or at least bossing us around for a while.

This time, however, the fate of the free world does not rest on the sturdy shoulders of Sean Connery, James Coburn, Dean Martin or even Gordon Scott. No, this time around it's perm pioneer Roy Thinnes as Johnny Paul AKA "Diamond Head": a high livin' swinger/gambler who loves, loves, LOVES the ladies.

When our feature presentation begins, we find Johnny Paul in pants so tight we can tell what religion he is. He's hosting one of his legendary pool parties and gets supremely pissed when his grumpy old coot of a boss--who answers to the code name "Aunt Mary"--drags him off to save the world.

The major crisis in "Code Name: Diamond Head" is that super baddie Ian McShane (known as "Tree") is in town and up to no good. What "no good" entails, the government isn't too sure about. They just know he's already killed one agent and he's a master of disguise, so it's a safe bet he's not in Hawaii to work on his tan or peddle Amway products.

As it turns out, Tree wants to get his dirty mitts on a deadly nerve gas military scientists discovered by accident while extracting the toxins out of a sea snail dubbed "The Cloth of Gold." The scientists want to show this discovery to their C.O.s before they destroy every last bit of it. After all, the gas is very dangerous and they wouldn't want it to get into the wrong hands and, you know, stuff like that. 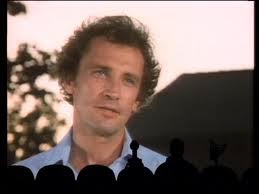 Tree conveniently kills and then impersonates a top-ranking colonel, all the better to help him nab the gas. Naturally, he plans on selling the stuff to the highest bidder and making himself very rich. Johnny Paul, of course, is the ONLY secret government agent who can stop Tree's evil plans. However, even crack government agents can't do everything themselves, so Johnny calls in some operatives. They turn out to be France Nuyen, who is under cover as the owner of the Dragon Lady night club, and Zulu, who plays the ukulele and sings in a Hawaiian pop band.

It's never clear why, of all the operatives on the government's payroll to choose from, Johnny Paul requested these two. Frankly, they aren't very good at their jobs. Early on, Zulu (who's character is also named Zulu) manages to lose the suspect he was suppose to be tailing. He also gets himself kidnapped. Consequently, Nuyen blows her cover while flirting with Tree--which nearly gets Johnny Paul killed. She gets kidnapped, too. Although, to be fair, Johnny louses things up when he doesn't give himself enough time to search the bad guys' room and must then hide on a window ledge until the coast is clear.

In quick order, Tree (and his minions) manage to steal the nerve gas and the directions to make the stuff. Then he kidnaps Nuyen, who was conveniently at home sunbathing in her bikini. After Johnny Paul rescues Zulu (don't ask), they hop on a boat and race out to catch Tree. Tree, meanwhile, has forced France to use her boat to ferry him out to meet his contact.

Our tale of high stakes espionage reaches it's nail-biting climax when Johnny Paul corners Tree with a flare gun. Even though Tree is holding a harpoon gun, he surrenders. When we next see Johnny Paul, he's over at France's house. The two agents are about to make whoopski when Zulu bursts in with a bunch of friends and everybody starts to party down. The end.

It's Ian McShane and Ian McShane and Ian McShane as nasty double-agent (and master of disguise) "Tree".
1) "Johnny Paul" sounds like the name of a porn actor. It's not as obvious as "Johnny Wad" or "Dirk Diggler", but it's still pretty cheesy.
2) Roy Thinnes, as the star of our show, appears better suited for middle management  at an accounting firm than the high stakes world of international intrigue. He makes Tobie Flenderson on "The Office" look like Russell Crow in comparison.
3) Quinn Martin, who produced this flick, had a strange habit of casting actors in supporting roles who are stiffer than the only virgin at a prison rodeo.
4) Besides France Nuyen and Ian McShane, the other notable cast member in "Code Name: Diamond Head" was Eric Braeden. He's better known today as super tycoon "Victor Newman" on the long running soap opera "The Young and The Restless". Although he's supposed to be "a bad dude" from East Germany, Braeden's role in "Code Name: Diamond Head" requires him to do little more than strut around in a Safari suit like a swinger in a High Karate after shave commercial.
5) You can try, but you won't find a better house of 1970's horrors than "Code Name: Diamond Head". The flick is awash in polyester, Leisure suits, bell-bottoms, stack heels, feathered hair, gold chains, loud plaids, wide ties and gas guzzling cars. The only thing missing is someone calling someone else "a turkey", the greatest '70's insult.
6) Even though this flick was supposedly set in Hawaii, "Code Name: Diamond Head" was obviously shot on a sound stage in the states. Despite the abundance of shots of beaches, surfers, tourists and flowered leis, "Code Name: Diamond Head" is about as authentically Hawaiian as the Kon-Ti-Ki Lounge in St. Paul, Minnesota.
Thus, we come to the end of  another detailed post describing the valuable role Junk Cinema plays in protecting, promoting and high lighting rotten movies. Without Junk Cinema and dedicated bad movie fans, "Code Name: Diamond Head" would be gathering dust on a lonely shelf in some long-forgotten basement. Instead, because of the dedicated efforts of "MST3K" (where I first got wind of this flick) and blogs like this, "Code Name: Diamond Head" will be preserved for posterity.
Until next time, Aloha, and remember: save the movies!
﻿
﻿
at August 11, 2014 No comments: