Put On Your Haz-Mat Suits! "Grace of Monaco" Is A Real Bio-Hazard 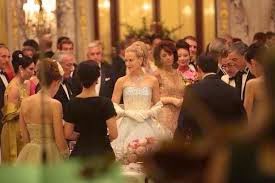 Princess Grace (Nicole Kidman) attends yet another royal function in "Grace of Monaco", a fictional film inspired by real events that pretends to be about Grace Kelly's life but really isn't.

Once upon a time (actually, 1956), an American movie star married a European prince. The bride wore a fabulous wedding dress and the couple enjoyed a 6-week honeymoon cruise. Then they returned to their principality (called Monaco), where they lived happily ever after.

Well, they worked it out.

When considering the life of Grace Patricia, Her Serene Highness, the Princess-Consort of Monaco, any intelligent filmmaker could see there was enough material for several movies, a couple of multi-part mini-series and maybe even a Netflix show.

Unfortunately, NO intelligent filmmakers appeared interested. That's why movie goers had to contend with Olivier Dahan's "Grace of Monaco", a production that admits "This film is fiction inspired by real events" (translation: some stuff is real, some stuff is made-up and you'll have to figure out which is which) that plays out like the most elaborate episode of "The Bold and the Beautiful" ever. 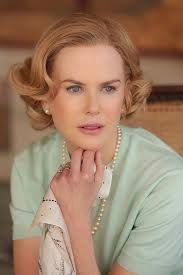 The setting is the principality of Monaco, the world's tiniest (2.02 km squared or 0.78 square miles) independent nation. It's the early 1960's. The frozen-faced Nicole Kidman (Mrs. Keith Urban to you) is Princess Grace. Poor dear, the bloom if off the marital rose. Princely hubby Rainier (the chain smoking Tim Roth) is always "busy" and "in a meeting." The rank and file of Monaco still haven't embraced "this American movie star" as their princess. The high society snoots of Monaco and Europe haven't been too welcoming, either. In fact, the ladies of The Red Cross would rather gossip and gab than go along with Grace's plans to modernize the local hospital or improve the children's home! Even worse, the palace staff snickers behind Grace's back and her chief lading-in-waiting Madge (Parker Posey, who appears to have been sucking lemons between takes) bullies and belittles the hell out of her.

Of course, the outside world thinks Grace's life is "a fairy tale" and one long swan to charity balls, royal galas, state visits, Paris shopping trips and skiing holidays in Switzerland. Even Grace's mother refuses to believe her daughter's life is anything but perfect.

If they only knew...

Is it any wonder, then, when old pal Hitchcock (Roger Ashton-Griffiths) waddles into town, he finds his most alluring leading lady tired, nursing a scotch and slightly depressed?

Lucky for her, Hitch wants Grace to star in his new film "Marnie", a thriller about a frigid, compulsive thief. Her leading man will be some Scottish chap recently hired to play James Bond (I think his name is Sean something). To sweeten the deal, Hitch offers Grace a million dollar fee.

Grace jumps at the chance to act again, but this really isn't the best time to go to Hollywood. See, France and Monaco are having a bit of a tiff. France is bogged down in North Africa and its economy isn't doing so good. Monaco, on the other hand, is becoming rich, rich, rich. Well, it was always rich, but lately it's becoming richer. Turns out French citizens and their businesses are the source of this richness. These folks are relocating to Monaco, where they can stash their cash and avoid paying French taxes. 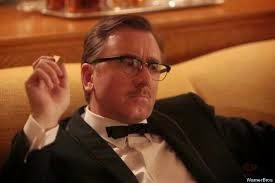 President Gen. de Gaulle (Andre' Penvern) wants this to stop maintenant (right now). Prince Rainier, anxious to diversify his economy beyond gambling revenues, says no dice (rim shot). The imperious General threatens to cut Monaco off and then absorb it into the French republic if the Grimaldi prince doesn't cry uncle.

Obviously, the French/Monaco stand-off wasn't in the same league as, say, when Bismarck wrenched the duchies of Schleswig and Holstein from Denmark or when the Commies rolled their tanks into Hungary, Prague, Poland or Afghanistan. So a bunch of wealthy French businessmen will have to pay their fair share of taxes? Big deal. Monaco relies on France for its security, France relies on Monaco as a place to park its yachts, so can't you guys work something out?

However, "Grace of Monaco" plays this out as if the very sanctity of national sovereignty world wide was at stake.

The French/Monaco crisis awakens Grace from her torpor; HSH thus rolls up her royal sleeves and begins to fight for her adopted country. Does she rally the citizens with passionate speeches in the public square? Uh, no. Does she plead her country's case at the UN? Uh, no. Does she confront the French troops amassing on Monaco's boarders? Yes...but only to drop off gift baskets of bread and cheese and to wish them a happy day.

But wait! There's more! Grace then plans a big splashy royal gala and even invites de Gaulle! And he even accepts! Dressed in her princess-y best, Grace mounts the stage and gives an impassioned speech about love and sharing. She tells the assembled throng that what unites us as human beings is greater than what divides us. That ours is a world of laughter and a world of tears; a world of hopes and a world of fears. There's so much that we share, that it's time we're aware, it's a small world after all. 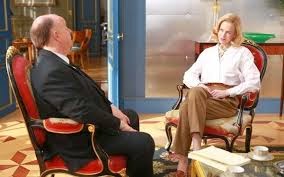 Grace and Hitch: "Remember, dear, it's only a movie."

And in Monaco's case, it's a really small world.

The grandees are so moved by her speech that they give Grace a standing ovation. Her hubby whispers, "I love you" in her ear. Gen. de Gaulle is so impressed, he drops all his nasty threats. Monaco is saved! Vive Monaco! Vive la princesse!

Reaction in the real world was less, shall we say, enthusiastic.

Princess Grace's children pitched a fit about "Grace of Monaco" and refused to let the filmmakers shoot in the principality. The director, meanwhile, got into a very public squabble with the flick's distributor over the picture's final cut. When "Grace of Monaco" bowed at the splashy Cannes Film Festival, it received lousy reviews...all of which were deserved.

Unfortunately for everyone involved in front of and behind the scenes, "Grace of Monaco" proved yet again that Junk Cinema is not always made on shoe string budgets with earnest yet incompetent hacks at the helm. Talented, well-financed individuals are just as capable of gumming up the works to rival any Ed Wood or Coleman Francis.

So,until next time, remember the original is always the best, and SAVE THE MOVIES!