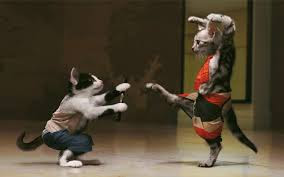 If you are a regular follower of The Wild World of Weird News, then you already know that professional talking head Glenn Beck has released a list of 15 cities "you should avoid like the plague" as we approach The End Times--an event Glenn has been avidly waiting for for years.

The city that topped this list was not Vegas (AKA "Sin City") or New York or even Amsterdam (with all that weed and deluge of hookers). No, the honor went to Portland, Oregon, home of micro-brews, tree huggers and all those delightful Made In Oregon shops.

As a native Oregonian who's forebears homesteaded in "The Beaver State" before it was even a state, I was NOT pleased to hear this.

However, my anger lessened when I learned Beck was going to make a Christmas movie that would totally revolutionize everything you thought you knew about Kris Kringle and save Christmas, too.

In other words, forget Kirk Cameron saving Christmas! Glenn Beck is going to save Christmas! Huzzah! 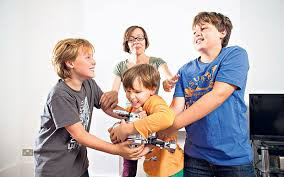 Glenn Beck's new Santa Claus movie promises to be an antidote to our children's unhinged materialism at Christmas time...according to Beck, anyway.

How did all this come about, you ask?

One day Glenn overheard his kids talking about how excited they were for Christmas to come. Unfortunately, the Beck children were mostly interested in the toys and stuff they anticipated getting, while completely over looking the importance of celebrating Christ's birth and the promise of salvation and all that jazz.

Glenn being Glenn, he was down-hearted about this until he got a brain wave: because kids today wrongly see Santa as merely a toy giver who upstages Jesus, it was time to end this unbalance once and for all...by creating a NEW Santa Claus that would turn the traditional jolly old St. Nicholas pap right on its head!

Introducing "The Immortal", a two-fisted, wolf-slaying, ass-kicking enforcer-type who works part-time as Jesus' body guard before he becomes Santa!

Only from the feverish mind of Glenn Beck-- who sees Commie art hanging in Rockefeller Center, urges people to hoard food and is discomforted by Ruebens' nudes (he even dismissed the artist as "Butt Boy")--could such a crazy idea spring. Yet, it's just so crazy it might work! Dig this: 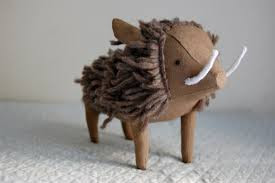 An example of the "boar puppets" Santa uses to slaughter wolves?

When we first meet him, Santa is a widower with a young son and a champion wolf hunter too boot. His success at wolf hunting comes from the fact that Santa uses LIFE SIZE BOAR PUPPETS to lull the wolves into complacency before before he slaughters them. Neat, huh?

Then one day, Santa's son--we'll call him Timmy--gets torn limb from bloody limb by the very wolves Santa hunts. Well, as you can imagine, Santa just TOTALLY looses it when he sees Timmy has bit the dust; he then pitches a MAJOR fit and cries and wets himself (you can't have a Glenn Beck program and not have crying).

After wandering around half dead, Santa meets up with these wise men. These gents are following a tip that away in a manger (no crib for a bed), the little lord Jesus lays down his sweet head. This baby is rumored to be the Messiah. What's more, some angels said if you followed a certain star, the wise men would find the tyke wrapped in swaddling clothes in the little town of Bethlehem.

Because Santa has nothing better to do, he decides to join the wise men's posse. Sure enough, he meets the Christ Child, thinks he's cute, but isn't 100% sure he's The Man Upstairs' only begotten son.
Never the less, Santa hangs around the kid as an informal body guard for the next, oh, 30 years.

Then Jesus gives his historic Sermon on the Mount. Hearing the words "Blessed are the peace makers" SO IMPRESSES Santa that he FINALLY realizes Jesus is indeed The Chosen One, the Son of God, the spiritual head cheese we've all been waiting for. How could Santa have been so stupid? 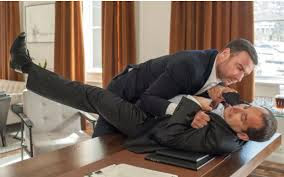 Glenn Beck's "Immortal" (AKA Santa Claus!) performing one of his many bodyguarding chores for Jesus. So much for turning the other cheek!

Because he's appearing in a movie dreamed up by Glenn Beck, that's how!

Anyway, now that Santa has finally seen the light, the Romans up and arrest Jesus and later crucify him. Because Santa can't stop the crucifixion, he feels terrible, but he also understands that Jesus' Resurrection promises salvation and eternal life for all who believe.

That all cleared up, Santa does what any good. God-fearing, Catholic-turned-Mormon would do: he high tails it up to the North Pole, opens a toy factory, hires a bunch of elves, raises flying reindeer and, well, you know the rest. Christmas is saved! Huzzah!

This plot is so bat-shit crazy it's perfect. Only Glenn Beck could take a benevolent figure like Santa Claus and turn him into a violent, wolf-killing ninja in order to deter kids from their misguided materialism. And this anti-materialism message comes from a guy who urges people to buy gold, has his own line of designer jeans and offers "college courses" from his own on-line "university"!

Simply put, "The Immortal" promises to be a real corker and I can't wait for it to come out...if indeed it ever does. 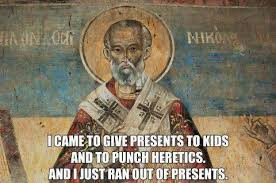 Jolly old St. Nicholas as you've never seen him before!

You see, Beck has a strange habit of announcing grandiose projects and then forgetting all about them.

For instance, Beck was just horrified by the show "Glee", which he said was inundating America's young people with sex soaked peons about diversity, anti-bullying, LBGTQ rights etc, etc. So Beck proclaimed that he was going to produce his own hip 'n happenin' teen musical that would deliver the conservative, moral message that "Glee" did not.

Which is fine. But Beck didn't stop there. Instead, he went on to brag that he was in negotiations "with a rapper" and that HIS anti-"Glee" would even impress jaded liberals. Furthermore, Glenn also promised that the music on his show would be good music, not "Lee Greenwood-type music"--a nasty swipe at a gent who's biggest hit is "God Bless the USA."

However, after announcing his plans with much fanfare, Beck's anti-"Glee" has yet to air. Anywhere. Meanwhile, the very program Glenn hoped to show up...is no longer in production.

Because of this, I am concerned that "The Immortal" may just remain a fever dream of Beck's and never see the light of day. After all, the sight of Santa inhabiting life-size boar puppets in order to slaughter wolves sounds like just the thing to inspire the Christmas spirit in all of us. 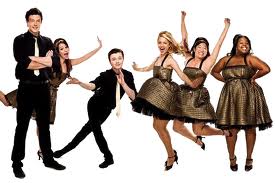 They have no moral values, but they sure can sing! Glenn Beck's worst enemy is (was?) the cast of "Glee".