Junk Cinema Salutes MaryTyler Moore And Her Nuttiest Role Ever 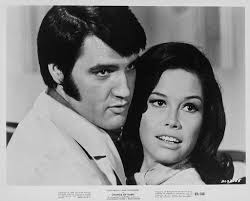 Hello, movie lovers, wherever you are.

Boy, 2017 has gotten off to a...painful start, hasn't it? Travel bans that aren't "bans", "alternative facts" that aren't facts and a US president picking a fight with...Australia?!

Then came the sad news news that actress Mary Tyler Moore had passed away at age 80.

For millions, Moore will be remembered for two classic roles: as the perky yet perceptive Laura Petrie on "The Dick Van Dyke Show" and the unflappable Mary Richards on "The Mary Tyler Moore Show."

MTM also triumphed on Broadway and earned an Oscar nomination for "Ordinary People" in 1980. This was one talented lady and she will be sorely missed. 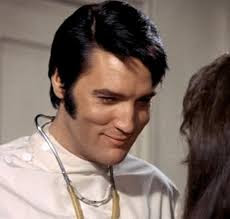 "Trust me, I'm a doctor": Dr. Elvis meets with a patient.

However, for Junk Cinema Lovers, any reflection on Moore's memory must include her participation in one of the wackiest, nuttiest, most godawful movies EVER MADE: 1969's "A Change of Habit", where Mary played--hold on to your knickers!--an UNDERCOVER NUN working alongside Dr. Elvis Presley "In The Ghetto."

"A Change of Habit" is, in fact, one of the most (dis)honored flicks of all time--which has assured its place as one of the glittering gems in the Junk Cinema Tiara of Trash.

Consider this: the tomes Bad Movies We Love, Bad TV (which featured "A Change of Habit" in its bad movies "Bonus Section"), The Worst Movies Of All Time (which declared our featured flick to be "The Worst Elvis Presley Movie of All Time") and Video Hound's Cult Flicks and Trash Pics all featured pithy peons to this film's unintentional, unrelenting stupidity.

The casting of Moore as the conflicted nun, meanwhile, earned the actress "The Ecclesiastical Award For The Worst Performance By An Actor Or Actress As A Clergyman Or Nun" in The Golden Turkey Awards by the Brothers Medved. The contenders Moore bested to get this golden gobbler included Pat Boone in "The Cross and the Switchblade" (1970), Mickey Rooney in "The Twinkle in God's Eye" (1955), Frank Sinatra (!) in "The Miracles of the Bells" (1948) and Clark Gable (The "King" of Hollywood) as a minister who scandalizes his flock by falling in love with a carny in "Polly of the Circus" (1932). 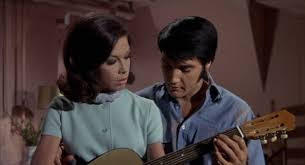 "The Singing Nun": The relationship between Elvis and MTM is always out of tune.

And that's not all! The book Starring John Wayne As Genghis Khan! Hollywood's All-Time Worst Casting Blunders featured Moore in its "Out Of Their League" chapter alongside Diane Keaton, Bill Murry, June Allyson and other heavy hitters who took on totally nutsy roles and lived to regret it.

The non-denominational fun in "A Change of Habit" begins when Sister Michelle (MTM) is given permission by her order to leave her convent and go out into the world to serve God's people where they live. Joining her will be Sisters Irene (Barbara McNair) and Barbara (Jane Elliot). However, because the church wants the gals to be accepted as regular folks and not holier-than-thou prissy-pants, the nuns will reveal their true identities to no one and dress like regular Janes.

So off the Sisters troop to the nearest department store, where they throw off their nun's habits and put on stockings, dresses and heels as the camera records every magic moment of their "transformation." If you think that sounds like a creepy strip show, that's because it is a creepy strip show.

Freshly dressed in their mod threads, the nuns arrive at their new lodgings in a run-down neighborhood filled with the least threatening gang members, hookers, junkies and wayward teens you're ever likely to meet. While Sister Irene remarks that she said "a thousand Hail Marys to get out of a neighborhood just like this" while growing up, Sister Michelle takes a more upbeat view of things. After taking a look at their depressing hovel, she picks up a broom and chirps, "Let's get this place next to godliness!" 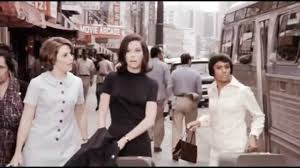 Housekeeping done, the Sisters present themselves to Dr. John Carpenter, played by Elvis Presley and his sexy sideburns. He runs the local free clinic and the trio have been assigned to work for him. However, someone failed to notify the good doctor of their upcoming arrival, because Elvis assumes they are "Park Avenue types" looking for (gasp!) abortions.

"All three of you?" Elvis marvels. "Just out of curiosity, was it the same guy?"

The nuns struggle to convince Elvis that they are the real deal, causing him to exclaim, "The last three nurses they sent me couldn't take it. Two of them got raped--one even against her will." (Boo.) When MTM claims she and her colleagues "are very hard nosed", Elvis pushes on the center of her nose and says "Cute, but not hard enough."

Eventually these wacky misunderstandings get ironed out and the un-nuns plunge into their work at the free clinic. They help Dr. Elvis set the broken arm of a goofy grinning kid on "H" (that's heroin, by the way), provide speech lessons and even manage to cure an autistic child using Primal Scream Therapy. Sister Michelle and Elvis, meanwhile, begin to spend a lot of time together: they jog in the park, play touch football, treat disadvantaged kids to ice cream cones and visit the Merry-Go-Round. Soon enough, Elvis is making goo-goo eyes at MTM, something that happens quite a bit in movies--or haven't you seen "The Sound of Music", "The Sea Wife", "The Nun's Story" or "Heaven Knows, Mr. Allison"?

Torn between her love for God and her love for Elvis, what will MTM do? "A Change of Habit" is a little fuzzy on this matter. However, when Sister Michelle shows up at the folk rock mass she and Elvis had organized and sees the Man from Memphis leading the congregation in a rousing rendition of "Let Us Pray" (and notices that one of the neighborhood tramps is wearing a prim dress and hat), it's clear that Elvis is edging out Jesus in MTM's heart. 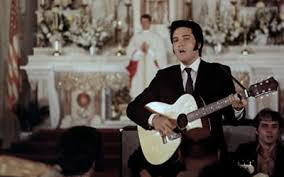 "Give Me That Old Time Religion": Dr. Elvis rocks the house of the Lord.

Junk Cinema Lovers could debate this issue until the cows come home, but it all boils down to this: MTM was badly miscast, the script was awful, her co-star was equally miscast and not even the direct intervention of the All Mighty could have saved this movie. To create a truly memorable Junk Cinema Jewel, all the right talent and anti-talents have to be in place--and in "A Change of Habit", they were. In short, MTM was given a golden opportunity to disgrace herself and she did. You go, girl!

As awful MTM was, though, she survived this cinematic stinker to triumph in "The Mary Tyler Moore Show" a year later. She would go on to win other awards and critical raves for her work in both comedies and dramas, proving she had the talent and guts to overcome what could have been a career ending role. Elvis, mind you, was not so lucky; "A Change of Habit" was the last film he ever made.

Therefore, for turning the world on with her smile, for showing us that TV sitcoms could be funny and well-written, for co-starring with Elvis and surviving the debacle, Mary Tyler Moore, Junk Cinema salutes you! 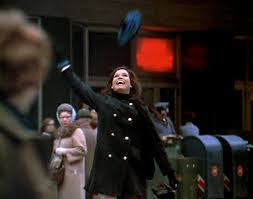