If You Think Your Life Sucks, Please Watch...Or, Rather, Please Read... 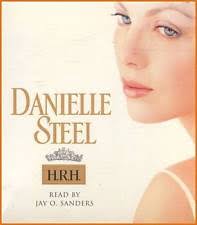 "You Can't Judge A Book By Its Cover": HRH  is an unexpected royal hoot.

Are you in a funk? Has your "get up and go" gone up and went? Does the daily news make you want to alternately pull your hair out, sob hysterically or pray desperately? Do you feel your life is like a car stuck on a highway off-ramp, forever waiting to merge?

You're not alone. Junk Cinema understands life has a way of kicking you in the shins, the gut, the head and the hinder all at the same time. That's why this blog features a semi-regular feature called "If You Think Your Life Sucks, Please Watch...", which recommends a cinematic solution to lift your mood.

I stumbled upon this book when I was sick and it was so bat-shit crazy, I couldn't let it pass. 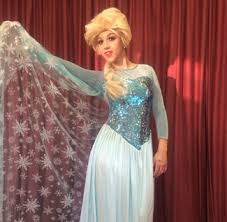 HRH Princess Christianna is just about as perfect as a princess could be.

Danielle Steel is one of the world's best-selling romance novelists. She's also a wonderfully terrible writer whose prose stylings and/or musings are so bad you will be shooting whole popcorn kernels through your nose with laughter--and I say that with all due respect.

Now, I know romance novels aren't known for their realism, but it's hard to believe even the most HOPELESS romantic could possibly stomach the sheer nuttiness that enfolds in this novel.

HRH Christianna is the daughter of HRH Hans-Josef, the Prince of Liechtenstein. She's a delicate blond who is pretty, gracious, elegant, well-mannered, multi-lingual, smart, articulate, gentle, thoughtful, kind, responsible, dutiful, warm, generous, down to earth, a hard worker, a snappy dresser and completely and totally unsnobbish.

How do I know this? Because author Steel can't help but mention her heroine's fine qualities every chance she gets. If, by the time you have finished the book, you are not convinced that Christianna is just so darn wonderful, then author Steel has clearly failed to do her job. Or you are just a mean, mean person with a big black void where your heart should be. 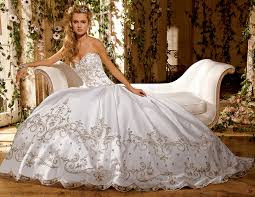 If you don't think Princess Christianna is darling and wonderful, then you are a cold, evil, heartless person who will die alone.

As the novel begins, Christianna has just graduated from UC/Berkeley and, as Steel writes over and over and over again, she misses Berkeley. Oh, how she misses her time studying at Berkeley. The princess lived there in relative anonymity, in a small apartment with two bodyguards. The college administration kept her true identity secret and nobody, not even her friends, knew she was a royal and Christianna just LOVED that. In fact, Christianna was so quiet and private during her time at Berkeley that she only appeared in People magazine once--at a "football game with her British cousins." ( Could those "British cousins" be the ones who reside in Buckingham Palace? Of course! Christianna is "related to all the major houses in Europe.") Oh, and she was featured on the cover of Town and Country magazine in a ball gown, but that was the extent of it.

Now Christianna is back in the principality and she is just totally bummed. Her days are filled with endless ribbon cuttings and tree plantings and hand shaking. When Christianna isn't doing all THAT, she's touring hospitals, visiting the elderly, reading to the blind and attending dull-as-dishwasher diplomatic dinners. Her older brother Frederick is the Crown Prince, the heir to the throne, but he's just a jerk playboy to busy bedding supermodels to help out.

What's more, Christianna's late mother (who died of cancer) extracted a promise from her princely hubby that their daughter would ONLY marry a royal. No commoners. It must be a royal or, in a pinch, an aristocrat, no lower than an Earl. Dad has steadfastly hued to this promise, which means poor Christianna can't even fall in love! Her whole life is planned out for her! What a drag!

See what I mean about Christianna's life sucking? It's just one parade of suckiness and there seems to be nothing she can do about it. Or can she?

After yet another round of ribbon cutting and hand shaking (which HRH performs with grace and loveliness and charm), our plucky heroine decides to plow through the suckiness. She knows there is more to life than wearing impeccable Chanel suits and popping out babies for her future royal spouse. Christianna wants to use her position to make life better for her fellow human beings. So she wrangles herself a stint as a Red Cross volunteer in Russia during a hostage crisis. Her identity kept secret (and with two body guards in tow), Christianna spends three days handing out water bottles and coffee, blankets and sandwiches, does a bit of translating and hugs and comforts the grieving families. When the crisis is over, the head of the Red Cross station tells Christianna "she has a gift" and encourages her to work for the Red Cross. The princess thus returns to the principality determined to strike out on her own. 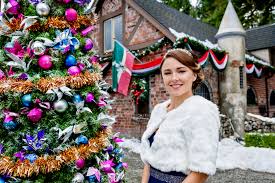 Dad Hans Josef, fed up with his daughter's endless nagging, finally agrees to let her work for the Red Cross in Africa in an AIDS clinic for six months. After that, all bets are off and Christianna must become a full-time royal in service of the principality.

Accompanied by two body guards (Max and Sam), Christianna, now called Cricky, heads off to Eritrea, in East Africa--although, it should be noted, that HRH flies in First Class, while her body guards languish in Business Class, proving there are perks even royals anxious to experience "ordinary life" won't give up. "Still looking fresh and beautiful after her long trip", Cricky meets her fellow Red Cross workers, who are some of the happiest, nicest, most selfless people ever to set foot on planet Earth. Soon enough, our under-cover royal has seamlessly meshed with her colleagues and is doing all her assigned tasks perfectly; Cricky even arranges hand-picked bouquets of wild flowers around the clinic and hospital to cheer the patients up.

Unfortunately, there is one member of the Red Cross staff who doesn't like Cricky: a sour-puss French gal named Laure. How could anyone not like Cricky?! I mean, everybody else in the clinic agreed that "she was grace itself."  Turns out the poor dear was suffering from a broken heart. Her fiance left her at the alter and ran off with her maid-of-honor, who also happened to be pregnant with his baby. Cricky looks a bit like Laure's two-timing friend, so that might have made things tense. Yet, despite the rebuffs and scowls, Cricky reaches out to Laure and they eventually become friends. Once Cicky earns Laure's trust, and the French woman chokes out her tale of rejection and deceit, HRH offers her this bit of heart-felt wisdom: "All I can say about (that) is 'That sucks'."

HRH is a romance novel, remember, so author Steel quickly arranges for a Dr. McDreamy to arrive on the scene so Cricky can experience some sexual healing of her own. His name is Parker and he works for Doctors Without Borders. In Africa, the cuddlemates are allowed the luxury of falling in love and having safe, tasteful sex in privacy, but their love is doomed. Soon enough, Cricky will have to tell Parker the truth and return to Liechtenstein. There is no way her father will allow her to marry a doctor from Boston--even a rich and handsome one!--because he promised her late mother only a royal for their daughter. That sucks! 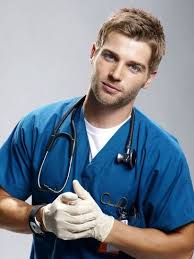 "Calling Dr. McDreamy, STAT!": Can a princess find true love with a doctor? If he looks like this guy, sure!

The royal shit eventually hits the fan when pesky paparazzi spot Cricky and Parker exiting a fancy hotel arm and arm. The photogs were originally there to stake out Madonna. However, the Material Girl never materialized, allowing HRH and Dr. McDreamy to innocently stumble onto the scene. Pictures of the cuddlemates are splashed all over The Daily Mail and now the whole world knows Christianna has a secret love. D'oh!

However, HRH's problems aren't over yet. In quick succession, her father gives a speech at the UN (or somewhere) that riles up a terrorist group, who install a bomb in big brother Frederick's fancy new sports car. The two princes go for a spin and are instantly killed. Liechtenstein does not allow for women to reign (they only got the vote in 1984) and the search for the principality's new leader moves into full swing panic mode. Who could ever replace Hans Josef?!

How about Christianna? To our heroine's surprise and shock, the nation's leaders believe she has all the qualities necessary to (symbolically) govern the principality. Why not give it a shot? HRH thinks about it and the once reluctant royal decides to mount the throne, so to speak.

The best part about becoming the Leading Lady of Liechtenstein is that Christianna can do away with her late father's "royal only" hubby decree and make it legal with Parker. She, Christianna, will do the ribbon cutting, while he, Parker, will continue to practice medicine and search for cures to tropical diseases. As Parker himself reflects at the end of HRH, "It still seemed like a fairy tale to him. He had fallen in love with a girl in braids and hiking boots in Africa. She turned out to be a princess who lived in a castle, and now the princess was his, and always would be. The story even had a fairy tale ending. And they lived happily ever after, he thought to himself, and grinned. And in the castle, the princess was smiling, too." 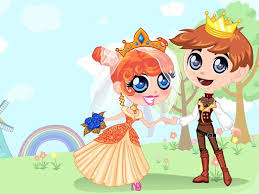 Will HRH Christianna and plain old Parker live happily ever after? Author Steele doesn't tell us (maybe that's a hint).

Of course, the over-riding reason I chose to spotlight HRH wasn't because of romantic complications, but the sheer unintentional nuttiness of Steele's writing. Here are a few of my favorite gems, written with brow-knitting seriousness by Danielle:

"Christianna had done everything she could to look plain."

"Together they were a force greater than the sum of their parts that could not be ignored or denied."

"It is about duty. honor and courage. Not about love...

And the grand prize winner: "My heart is a virgin."

So movie lovers (and book lovers), please take stock. Your life may not be a bowl of cherries right now, but, given time, things will improve. If Danielle Steel can write a book about a princess who says stuff like "My heart is a virgin", and then goes on to publish even more purple prose, there is hope for all us.

And please SAVE THE MOVIES, too. 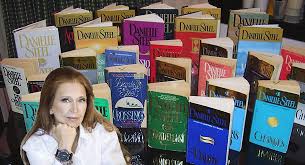