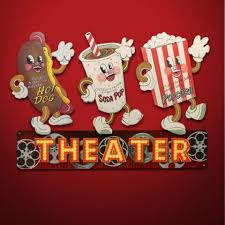 This is Bad Movies and the Woman who Loves Them.org's 200th blog post!

Do you know what that means?

It means..I've published 200 articles on this blog. 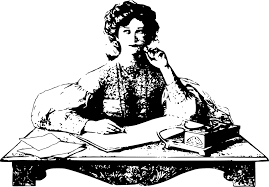 Me, hard at work, composing my next movie article.

Needless to say, I could not have reached this milestone without the support of bad movie fanatics world wide AND the wonderful, funderful bad movies themselves.

In the words of "Champagne Music Maker" Lawrence Welk, "Tank you, Tank you!"

For such an important post, I have decided to spotlight articles I feel haven't gotten the page views they deserve. Thus, you, loyal readers, can scroll down the titles, pop them into the "Search" thing-a-bob and enjoy an article you may have over-looked.

In no particular order they are...

"Ray Danton IS 'Secret Agent Super Dragon'!"--This is yet another in the long line of James Bond rip-offs that I am determined to watch and write about. The villains in this flick plan to take over the world by poisoning the world's chewing gum supply. 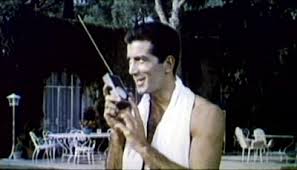 "Spinout': Another Cinematic Flat Tire From Elvis"--Elvis plays--what else?--a rock'n'roll/race car driver who's been chosen by author Diane McBain as "The Perfect American Male". Naturally, she plans on marrying him--as does rich girl Shelly Fabray. This being an Elvis movie, there is a pool party, lots of dumb jokes and songs like "My Little Beach Shack". A mess-ter-piece!

"An Extra Crispy Chicken McNugget Threatens the Universe in 'The Phantom Planet'"--An astronaut lands on a mysterious planet--shrinking to the size of a Tic Tac--and is confronted by Richard "Jaws" Keil in a monster suit. He also finds love with a mute Liz Taylor-ish alien chick. Will he return to Earth and normal size? Read the post to find out!

"Voodoo Man"--A William "One Shot" Beaudine classic! Bela Lugosi wants to revive his dead wife, so he uses voodoo to transfer the souls of female motorists into his better half. Alas, these transactions all fail, turning the "volunteers" into zombies. With John Carradine as one of Bela's associates.

"Sisters Are Doin' It For Themselves: 'Racket Girls'"--The struggles of female wrestling to say pure are documented in this road-show classic. Peaches Page, yes, that's her real name, is the latest wrestling hopeful suave Mr. Scally( played by bad movie regular Timothy Farrell) plans to make her a star, but at what cost?

"The Sinister Urge"--"Smut! A dirty word for a dirty business!" grouses one of the characters trying to shut down the hard-as-nails Gloria's smut business in this Ed Wood must-see. Actually made up of several films director Wood couldn't finish cobbled together, "The Sinister Urge" features some of Wood's classic dialog, such as Gloria muttering, "That can't be Dirk! Nah, not Dirk! Nah!" 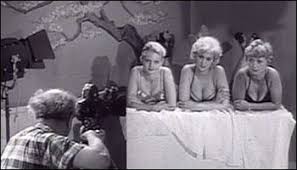 "Zabriske Point"--The 1960's were a tumultuous era, no doubt about it, and it produced some nutty flicks--and none were nuttier than this "Stick it to the man!" free-for-all directed by art house director Michelangelo Antonioni. A hippie steals a plan, buzzes the car of a girl hippie, they mess around at Zabriske Point. When he's shot, she imagines blowing up such symbols of Capitalism as patio furniture, a TV, a loaf of Wonder Bread and some fried chicken. Read my review and then watch the movie--if you dare!

"The Love Machine"--Frozen-faced John Philip Law is "The Love Machine" of the title. He's hot-shot TV reporter Robin Stone, a man who beds countless women while trying to improve the quality of network television. When he beats up a hooker, an AC/DC make-up man offers him an alibi in return for Robin getting him an engraved "slave bracelet." Best line in the script? "No, I'm not a nice person.(Pause) Let's take a shower!"

"Swept Away"--The Material Girl (aka Madonna) tries yet again to become a movie star in this remake of the 1970's role reversal classic. Directed by her second ex-husband, Madonna plays a spoiled, nasty trophy wife who finds herself ship wrecked with the studly deck hand she unmercifully bullied. Madonna's acting is so bad, one critic carped, "She makes Pia Zadora look like Joanne Woodward."

"San Francisco International"--Also featured on "MST3K", this failed TV pilot features Pernell Roberts as the most obnoxious airport administrator on the planet. During one typical day, Roberts scares the pants of cost-cutting bureaucrats, foils a bank robbery/kidnapping plot, talks down a tween who has commandeered an airplane and, oh, yeah, encourages the kid's parents to get marriage counseling. A riot!

"Logan's Run"--I had high hopes for this post, which details a the future where life doesn't begin at 30, it ends. Literally. Shot inside an unopened shopping mall, Michael York stars as Logan, a "Sandman" who chases "runners" trying to avoid the "renewal ceremony." Features a pre-"Charlie's Angels" Farrah Fawcett in a bit part and lots of feathered hair. And I do means LOTS.

Logan (Michael York) and new pal Jessica have many things in common--including the same hairstyle.

So movie lovers, please check out these and other posts on this blog. Also, leave an encouraging comment, if you can. Here's to our next 200 posts--AND SAVE THE MOVIES!
at January 15, 2018