The SPECTRE Of Harry Styles As The Next James Bond Cannot Stand! 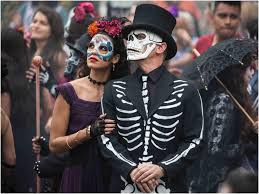 "This party is to die for!": Daniel Craig and an unnamed cuddlemate enjoy the Day of the Dead.

Daniel Craig was as aloof and elusive as ever as 007. M, Q and Moneypenny all had their hands full trying to keep Bond from going rouge--or at least not smashing all his high-tech goodies into pulp. Much was made of the fact that Monica Bellucci was the first age-appropriate "Bond girl" Bond ever nailed--although Bellucci was on screen so briefly and her character so thin that her appearance hardly qualifies as "progress." Meanwhile, Lea Seydoux, as Dr. Madeleine Swann, 007's main cuddlemate, was so bland and colorless that she made Barbara Bach's sleepwalking turn in "The Spy Who Loved Me" seem positively manic in comparison.

However, that's not really our story.

Turns out Daniel Craig will make at least one more flick as the British spy with a license to kill. That's OK by me; I like Daniel Craig, although I have never met him and don't expect to. Also, he's married and a new father, and there are rules about that sort of thing. Anyway, Craig's eventual retirement means the 007 people have got to start scouting out a new James Bond. This is a sensitive undertaking, because for every right choice (Roger Moore and Pierce Brosnan), there have been some wrong ones (George Lazenby and Timothy Dalton). Simply put, the selection of the actor to play 007 can make or break the series, regardless of how handsome or talented the lad may be. 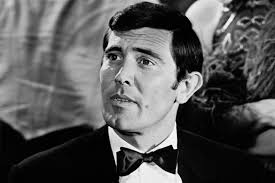 George Lazenby had the look, the tux and the hair, but he was no James Bond.

Among the names currently circulating as possible 007's are: Richard Madden (Rob Stark from "Game of Thrones" and the BBC series "Bodyguard"); Idris Elba, People's latest "Sexiest Man Alive" and a popular front-runner, although some are saying he's now "too old" for the part (hogwash); Luke Evans; Tom Hiddleston; James Norton; Tom Hardy and... HARRY STYLES!?!

When I read that the former One Direction member was actually mentioned in the same breath as these gentlemen, I wanted to throw up.

Supposedly, Harry's appearance in "Dunkirk" revealed an untapped acting talent (HINT: it did not).  Also, his modeling ventures would allegedly bring lots of young girls into the movie theaters to help build up "brand loyalty."

On the other hand, cooler heads are saying Harry is not only too young for the role, but too glamorous. James Bond is many things, but he's NOT a simpering pretty boy who looks like he'd wet his pants if he stubbed his toe or mussed up his hair...all stuff I bet Harry has done. 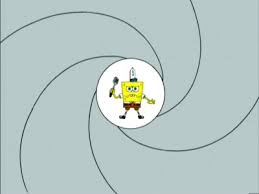 Although he has his fans, Sponge Bob Square Pants isn't Bond material, either.

And just for the record, the following individuals are also NOT QUALIFIED to be the next James Bond:

Barbara "The Spy Who Loved Me" Bach (and Mrs. Ringo Starr) displays the multifaceted acting skills that made her career what it is today...a distant memory.

"Grocery Store Joe" from "Dancing with the Stars"

David Beckham--and that includes his kids, too.

Anyone married to/divorced from/engaged to/or who has had a baby with ANY MEMBER of the Kardashian family. 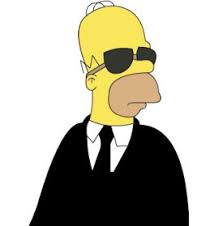 Russell Crowe--he's already played an iconic role (Gen. Maximus in "Gladiator") and won an Oscar for it (he shouldn't be selfish).

Guy Pierce--who would actually be an interesting choice, come to think of it.

Movie lovers, unite! James Bond is the most successful film series in the history of motion pictures (he even beats out Lassie, Rin Tin Tin, Commander Cody and Flash Gordon!) and the actor chosen to follow in Craig's footsteps MUST be handsome, charismatic, fit, smart, talented, sexy and rugged--that's a given. More importantly, he needs to be a performer who can bring something new to the series, as well as create his own personal stamp to a role that has been essayed by SIX DIFFERENT MEN. Therefore, he MUST be an individual of substance and experience, not some sniveling twit who is constantly checking his hair in the mirror. 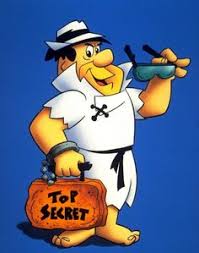 Even Fred Flintstone had a go as James Bond...which still doesn't make it right.