It's My Second Annual "Are You Kitten Me Right Meow?" Awards! 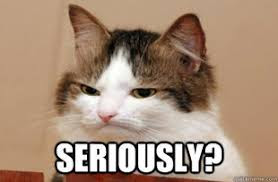 A hail and hardy hello to you and yours, movie lovers.

When Donald Trump announced his campaign for president, Ann was so delighted she declared him an "emperor god" and even wrote a gushy fan fiction tome titled In Trump We Trust. Ann was so convinced the Donald would build her a great big wall on the southwest border that he "could perform abortions in the White House" and she wouldn't bat an eye.

Then it all turned sour. 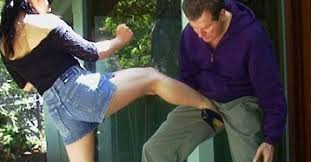 Disappointed she has no border wall, Ann Coulter shares her displeasure with President Trump.

Despite two years in office and one government shut down, there is still no wall--and that's when Ann began to suspect that her political honey bunch was not an "emperor god", but fast-talking fibber of dubious integrity. Indeed, Coulter now thinks Donald is "a wimp", "a liar" and totally "lazy". What's more, Ann worries that Trump's presidency might end up being "a total joke" and that his incompetence could keep the White House out of GOP hands for years to come.

Ann, sweetie, it is hard when those we place our trust in turn out to be less than honorable people. However, whatever damage Trump has done to you will heal with time. The damage Trump is doing to the country, on the other hand, won't be so easy to repair.

Moving right along, the next "Are You Kitten Me Right Meow?" goes to First Lady Melania Trump for Outstanding Achievement in Contradicting Herself.

Remember that highly touted ABC interview Melania gave? It was during that sit-down that Melania  stated her "I Really Don't Care Do U?" jacket was a deliberate rebuke to "the left wing media"--after her spokesperson had insisted that the jacket had no political over-tones whatsoever. Then the First Lady  claimed she was "one of the most bullied" people on the planet...without offering any evidence...or sharing any of the strategies she uses to protect herself. Instead, Melania snidely suggested "certain groups" weren't partnering with her anti-bullying campaign because they were more interested in themselves than in helping kids. 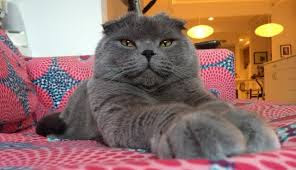 In the "Are You Kitten Me Right Meow?", Boot Licker division, we honor Fred Flintstone doppelganger Sean Hannity of Fox News.

No matter what kind of mischief President Trump gets up to, Sean finds a way to furiously spin it as a good thing.

Trump caught on tape bragging about grabbing women by the snatch? Sean pointed out that King David had 500 concubines. Trump hires a sketchy billionaire as Commerce Secretary? Sean reminded his viewers that "no poor person" ever gave him a job. GOP nominating convention beset with technical glitches, few attendees, no major speakers and charges of plagiarism? Sean still congratulates Trump on a "pretty flawless" event. Trump reopens the government after 35 days--and gets nary a cent for his beloved border wall-- Sean insists Donald came out on top and "holds all the cards".

Sean's ridiculous worship of all things Trump supposedly even annoys Trump, which makes thoughtful people wonder, "Does Putin have the goods on Hannity, too?"

Our next "Are You Kitten Me Meow?" award, Leona Helmsley division, actually goes to two people, Lara Trump and Commerce Secretary Wilbur Ross, for their thoughtful insight into the plight of furloughed government workers. 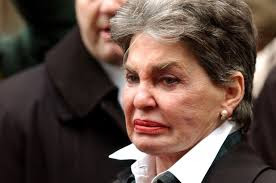 Lara, the wife of Eric Trump, said she knew missing two checks in a row was "a pain", but the glory of her father-in-law's border wall would make everything worth it. Ross, meanwhile, publicly wondered why government workers didn't just take out loans or sell off stocks when things got tight.

Hey, Lara and Wilbur: it doesn't help dispel the image that your administration (and in-laws) are a bunch of out-of-touch billionaires when you act like a bunch of out of touch billionaires. And losing two paychecks is not "a pain", Lara--getting stuck in traffic is "a pain." Forgetting your umbrella is "a pain." Missing your bus is "a pain." Losing out on two paychecks can mean the difference between having food on the table and a roof over your head. Get some humanity, people!

If there is one thing political gadfly and "dirty trickster" Roger Stone loves is attention. So I imagine he's delighted to know he's won  the "Are You Kitten Me Right Meow?", Dirty Dawg division, award for threatening to harm radio host Randy Credico's therapy dog if he didn't lie to Congress on Stone's behalf. No sooner had this info become public when Stone had the nerve to take the FBI to task for upsetting his dogs in their early morning raid on his house.

I won't even get into Stone telling Credico to do "a Frank Pentangle"--because he's disrespecting a great movie ("The Godfather, Part Two").

And last but not least, the "Are You Kitten Me Right Meow?" Tower of Babble award goes to former White House staffer Cliff Sims for his totally gonzo interview to promote his book about working in the Trump White House, A Nest of Vipers. 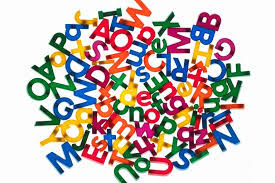 Speaking to the tony New Yorker magazine, Sims, presented as a communications expert of some kind, shows he can't string a proper sentence together to save his life--or give an honest, direct answer about anything, either.

For instance, when interviewer Isacc Chotiner asked Sims about Trump's role in promoting birtherism against Obama, Sims got all tongue tied and said, "What do you mean? Like, what do you mean, what's my understanding of it?"  Read the interview yourself and try to follow Sims' meandering, word salad attempts to explain the Trump administration and his role in it. However, try not do a spit take when Sims insists Trump doesn't "have a racist bone in his body".

So movie lovers, until next time, SAVE THE MOVIES! 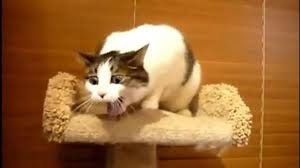