A Book That Hits All The Right (Sour) Notes 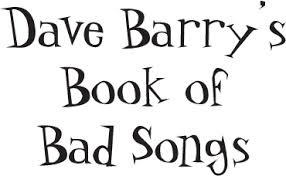 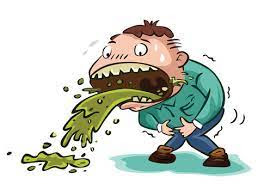 A common reaction from people who have heard "Muskrat Love".
OK, you say. I will read this book. But this blog is dedicated to the promotion and protection of bad movies. Why are you plugging a book about bad songs?
Because bad movies and bad songs so together, like peanut butter and jelly or figs and newtons.
Let me explain.
One of the reasons the movie "At Long Last Love" (1975) is such a towering turkey isn't just because of its bad acting, bad jokes, bad dancing, bad direction, bad script, bad sets and bad clothes. The bad singing was also an integral part of the movie's badness. Even though the tunes warbled on screen came from the Cole Porter song book, the golden throats warbling them included people like Burt Reynolds and Duilio Del Prete.
And if you think a Cole Porter song can't be staged and/or sung badly, you haven't heard Burt Reynolds demolish "You're the Top". 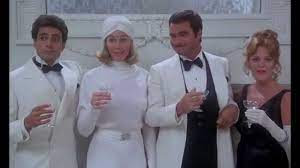 At words poetic, they are pathetic: The cast of "At Long Last Love."
It's not pretty.
However, the sight of Burt (and other cast members) mangling Porter songs and dancing (as one critic put it) "like a drunk killing coach roaches", helped enshrine "At Long Last Love" as one of the WORST movies ever made--a designation that still holds today.
In short, those musical interludes help make a bad film even badder. (sic).
Likewise, one of the many, MANY reasons why Andrew Lloyd Webber's musical "Cats" is such a huge horrible hairball isn't only because of its kooky plot, but also because of it's awful songs--especially "Memories" which I will go to my grave insisting NOBODY can sing without annoying the hell out of everybody within striking distance. Nobody!
As if you needed any more proof of the invaluable contributions of bad songs to bad movies, please remember that the teenage hero in "The Giant Gila Monster" (1959) took time out from his heroic duties to sing the ballad "I Sing Whenever I Sing Whenever I Sing". Or that "I Accuse My Parents" (1944) featured the toe-tappers "Are You Happy in Your Work?" and "Love Came Between Us". Let's also not forget Bobby Van's show-stopping number "Answer Me a Question" from "Lost Horizon" (1974) which showcased the sparkling pipes of George Kennedy, Sally Kellerman, Liv Ullman and Peter Finch. 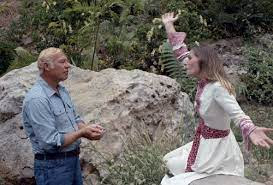 "The hills are alive/with the sounds of/these guys...": George Kennedy and Sally Kellerman in "Lost Horizon".
Now, back to Dave.
The Book of Bad Songs came to be in response to a column Barry wrote for the Miami Herald about not hearing any good songs on the radio--i.e. "good songs" meaning songs he liked. However, what actually struck a nerve--and created an avalanche of mail-- was Barry criticizing Neil Diamond,  especially the tune "I Am, I Said". Dave wrote that he found the lines "I am, I said/ to no one there/and no one heard/not even the chair" very stupid--and for the record, I totally agree. He went on to ask, "Is Neil trying to tell us he's surprised that the chair didn't hear him? Maybe he expected the chair to say, 'Whoa, I heard that'?"
Furthermore, Dave also wondered if Neil ended that particular line with "Not even the chair" because  "So I ate a pear", "Like Smokey the Bear" and "There are nits in my hair" didn't sound right.
The response, as I said, was overwhelming--and not just from Neil Diamond fans who took umbrage at Berry daring to criticize their idol. Other readers wrote in to share their opinions of what are the world's worst songs were. That, in turn, inspired Dave to run a "Worst Song Survey", inviting readers to send in their nominations. Later on, Berry tabulated the results and shared them.
Needless to say, zillions of readers sent Barry their suggestions, along with their reasons why a particular song was especially loathsome. In Book of Bad Songs, Dave included some of them, my favorites being: 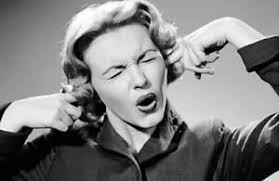 A typical reaction to hearing the song "Afternoon Delight".
* " The number one worst piece of pus-oozing, vomit-inducing, camel-spitting, cow-phlegm song EVER in the history of the Solar system is 'Dreams of an Everyday Housewife.'"
* "I wholeheartedly believe that 'Ballerina Girl' is responsible for 90% of the violent crimes in North America today."
* "I nominate every song ever sung by the Doobie Brothers. Future ones also."
Dave Berry's Book of Bad Songs is a slim volume, only eight chapters, with titles like "Weenie Music", "Teen Death Songs" and "Songs Women Really Hate". It's a quick read and totally hilarious. Dave not only reveals the winners of his "Worst Song Survey", including the number one vote getter, but he provides even more comments from his readers about the songs they hate (One respondent even told Dave that his loathing for "Cat's in the Cradle" was so intense that "the next DJ who played 'Cat's in the Cradle' was going to get smacked across the head with a tube sock full of wood screws"--an action I totally support). I won't spoil the surprise of which song took first place, but I will say I thought it was an excellent choice.
Although this book was first published in 2000, Dave Berry's Book of Bad Songs is timeless. The songs discussed are truly bad and even if you were born after the release of, say, "The Pina Colada Song" by Rupert Holmes or "Wildfire" by Michael Murphy or "I've Never Been to Me" by a gal named Charlene, this book will still resonate with you. After all, like wine, bad songs only get better with age. 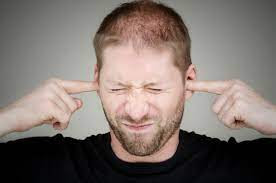 A typical reaction to hearing the song "Disco Duck".
However, if Dave decides to write an updated version of Book of Bad Songs, I suggest he include the following tunes:
*"Like a Bird" by Tiffany Trump. Before she graduated from law school, the Donald's second daughter dreamed of being a pop star and thus released this brain-numbingly awful single in 2016. The lines include such gems as "Diamonds are so shimmery/Special things uncover me/You know what you say/Baby, baby/Don't you go" and "See you in the spot above/Crawling through/The liquid love/You're cute and tweeting me/Baby you go beep, beep, beep."
To the astonishment of all, the single flopped.
*"(She's My) Cherry Pie" by Warrant. The now forgotten hair band released this ditty in 1990. Featured on their album of the same name, it was reportedly written in 15 minutes on the back a pizza box. The song praises the joys of...a certain type of sex act...using double entendre to prevent being, you know, crass or gross or vulgar. Interestingly, the band insisted, despite the lyrics, that they "respected women" and this song was "just for fun." They also admitted "Cherry Pie" wasn't the best song on their album and its success hurt Warrant's reputation as serious heavy metal artists.
*"How Bizarre" by OMC. This song is just plain weird and irritating and I hate it, which is why I include it. It came out in 1995. 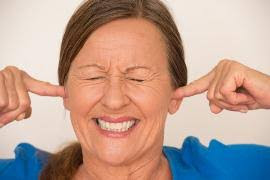 Typical reacting to hearing anything by Robin Thicke.
So, for giving us Dave Berry's Book of Bad Songs and numerous great humor columns and books over the years, Dave Berry, Junk Cinema Salutes you!